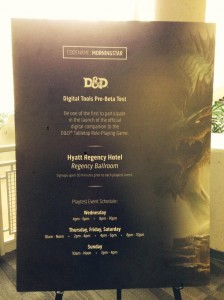 It’s real; there will be an official integrated digital ruleset and database for the 5th edition of Dungeons & Dragons.

But wait, you ask, what does that actually mean? Good question. Short answer would be digital programs you’re familiar with. As of now we’ve got some solid sources to reference for answers and as always your buddy Berling will make some oracular predictions.

Speaking of which, I’m still holding that the PHB, DMG, and Monsters Manual will not be releasing in digital format. Read on to find out all the whats and wherefores.

Firstly, the proposed digital product currently goes by Codename: Morningstar, development handled by a Boulder, CO-based firm, Trapdoor Technologies, and has been in production since the end of 2013. The product’s actual title has not yet been released, however the system is in Beta Testing currently, both internally at WotC and out on the convention circuit. At the just passed Origins 2014 a Morningstar demo was available and will also be on hand for user testing at GenCon 2014 in August.

Features that have been confirmed are simple rules search with bookmarking and annotations, guided character creation, a form fillable customizable character sheet, party communications between players, useable both online and offline, and they will be including downloadable D&D adventures as they are released in print. Sources: WotC, Escapist Magazine, Codename: Morningstar, EN World

The more, shall we say, amorphous features seen so far are adventure management and DM tracking functionality. Some sources report that the system will save adventure session data – encounters, creatures & maps – as well as provide digital die rolls, initiative counters, and a full-on wiki. Also, custom maps, monsters, and traps can be created and shared with other users.

For you Tech-Heads out there, the launch date has not yet been announced and there are no plans to integrate Morningstar with a virtual gaming table experience, though the system could be used alongside a virtual table. The system will support PCs via web browser at launch and plans to support iOS and Android via apps at some point in the future, as well as possibly Windows devices. 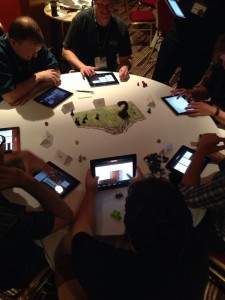 That is what we know currently. More details will of course be announced in the future so look for reports on the big reveals. For now though, let’s take a deeper look at what this product is really offering.

Simple rules search, bookmarking and annotations are features that have existed for eBooks, especially College or High school texts, for over a decade. So that’s nothing revolutionary, though it is new to official D&D content and is no doubt a reaction to the shadowy world of pirated PDFs.

It seems WotC has found a suitable Digital Rights Management (DRM) solution for their products in Morningstar, which is great in that they’ll be distributing more digital content. However, it is currently unclear what the full range of products might be.

I’ll predict that the rules available via Morningstar will be the free of charge Basic D&D PDF download. This online rules document is updated as print products release, and thus Morningstar’s content will also update. The only caveat I see here would be the PHB. As character creation will be a big part of this product, it would make sense that all Race, Class / Sub Class, and Character Options would be be available. However, this is to be seen and doesn’t change that much of the DMG, and the Monsters Manual content will not appear in the product.

The player to player communication seems interesting, though obviously chat programs have been around for decades so not really anything to get super excited about. And I wonder what role the DM might play in such communications, or if the DM can communicate directly to players (secret notes, anyone?).

Mainly, the biggest questions swirling around are price point (whether they’ll use a subscription based model or an in app purchasing of new content model) and just how many D&D players will adopt this system, or rather, how many of us own devices that can use this system. Making the rules and editable character sheets available on mobile is a smart way to go, players are already doing it at my tables.

What do you all think? Is this product something you want / are hyped about?

Until next time, thanks for reading!