Greetings, dear readers! A huge announcement today over on the WotC site regarding the future of organized play that I have been awaiting for the past two years. Today it was announced that the D&D Adventurer’s League has been formed! 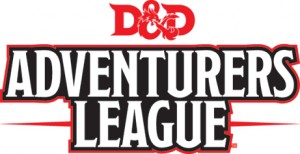 This, along with a few successive announcements, has made the future a bit clearer. Seriously though, I first heard that a change up was due for OP (Organized Play) at Pax East 2012 (check out my 2014 report) and it caused no small anxiety on my part. Was OP going away? I wondered if the forthcoming new edition of D&D and the changes it would bring to OP meant that the events I knew as Lair Assault, Living Forgotten Realms (LFR), and D&D Encounters would be disappearing. I wondered if the impending realities of the digital world would mean that printed adventures and material rewards for event organizers and associated Dungeon Masters? At the time I could not know that the intervening two years of my life would be so intertwined with D&D Next in anticipation for the 5th edition and so provide some clues to these questions.

The most reassuring news is that D&D Encounters on Wednesday nights is here to stay. This program has been around for 18 glorious seasons and will be proudly carried forth into the new edition on the backs of dragons. Specifically dragons trying to kill heroes of the D&D Adventurer’s League in the Tyranny of Dragons adventures that will be seasons 19 & 20 of D&D Encounters. These seasons will be perfect on ramps into the game for new and returning players! As a DM, I am excited for all the ways in which the players will be able to interact with the story. I am also very aware that this new chapter in organized play means that DM prep work duties have been magnified many times over. I look forward to the challenge!

The announcements today are an exciting rebranding of public play events I have enjoyed in the past and now open some interesting questions about private play events. As background, for those of you who are not aware, D&D 4th Edition had, at one time, a large organized play event system called Living Forgotten Realms in which freelancer written adventure content created in the specific setting was available for download and play in either public or private settings. This event system was run on WPN (Wizards Play Network), the same system that Magic the Gathering’s event system is on as well. Living Forgotten Realms was the successor of the Living Greyhawk setting (and tangentially the  the Living Force setting for d20 Star Wars) and they both shared many similarities. The obvious one being that they were organized play programs that used a single setting wherein a player could create a character and bring that character from game to game, or to conventions or organized play events at friendly local game shops (FLGS). A character would go up in level, collect magic items, and special race / bonus cards that allowed the player new options and it was all reported by a sanctioned Dungeon Master (DM) through WPN to keep track of everything. DMs had to become sanctioned by taking an online test via WPN and then could run games, report the amount of players, what happened in the game, and sign up for a rewards system.

The new system that is the successor of LFR and the WPN sanctioned games is going to be called D&D Expeditions.

I see D&D Expeditions being the program for those players who want to play in privately run home games, loosely organized public play groups, more heavily organized in-store public play events, as well as convention public play. I expect this system to be extremely similar to LFR, though the announcement specifically regarding DMs is very nice to see:

“As a Dungeon Master, the D&D Adventurers League is a great way to run fun adventures that involve a minimum of prep work. We’ll find ways to reward you for your time and effort through the various programs, and there will be additional support and opportunities to showcase your skills.”

Lastly, in perhaps the most surprisingly pleasing news in the announcement, the program that was once Lair Assault, wherein a group of PCs would be tasked with completing a task on the clock in a very deadly environment, is now to be called D&D Epics! 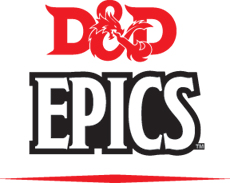 This program is described as “At the beginning of certain storylines we’ll have a special kickoff event taking place at a select major convention to get you really involved in a cool moment in the storyline. Moments like assaulting a wizards’ tower, fighting a mass-scale battle, infiltrating a drow house, or aerial besiegement of a cloud giant’s fortress. Individual characters can have a major impact here, and there are special rewards only available during a D&D Epics adventure.”

Okay that sounds pretty cool! You’ll notice the copy specifically called out ‘special kickoff event … at a select major convention’ which to me sound exactly like Vault of the Dracolich and Confrontation at Candlekeep; the last two multi-table massively overarching adventures that have been released for D&D Gameday 2013 and at Gen Con 2013 respectively. However, *I* ran Confrontation at Candlekeep at Pax East 2014 (check it out in my forthcoming Pax East article!) and Lair of the Dracolich was an in-store event (and is even available for purchase online now!). What I’m saying is, I would not be surprised in the slightest if D&D Epics started to make their way into stores for special events and into homes for private play.

Perhaps the most interesting bit of the announcement came with the revelation that actual positions had been created to support the program under the heading Community Involvement; “The D&D Adventurers League is maintained not only by Wizards of the Coast, but also by a group of representatives we’ve chosen as administrators to help out players, Dungeon Masters, and organizers. We have a community manager who’s talks with the public and gathers feedback, a content manager that develops and edits our adventures, and a resource manager that does a lot of the organization around schedules and provides support to our designers. Each one of these roles serves a very important purpose, and each individual was chosen based on their experience and passion for public play. Soon, we’ll introduce the team!”

It is quite obvious to me that OP is here to stay and that knowledge has laid all my fears to rest regarding the longevity and health of D&D public play.

While I am seeing very clearly the stability and enhancement of the on ramp to fun that is D&D Encounters, the morphing of LFR into D&D Expeditions, and the growth of Lair Assault into Marquee Adventures, such as Lair of the Dracolich, and now into D&D Epics it will be very interesting to watch and see if WotC is successful in tying all three of these programs together. In my view, a strong in-store program at a FLGS is the best way to go.

All and all, the future of D&D OP looks *very* bright indeed!